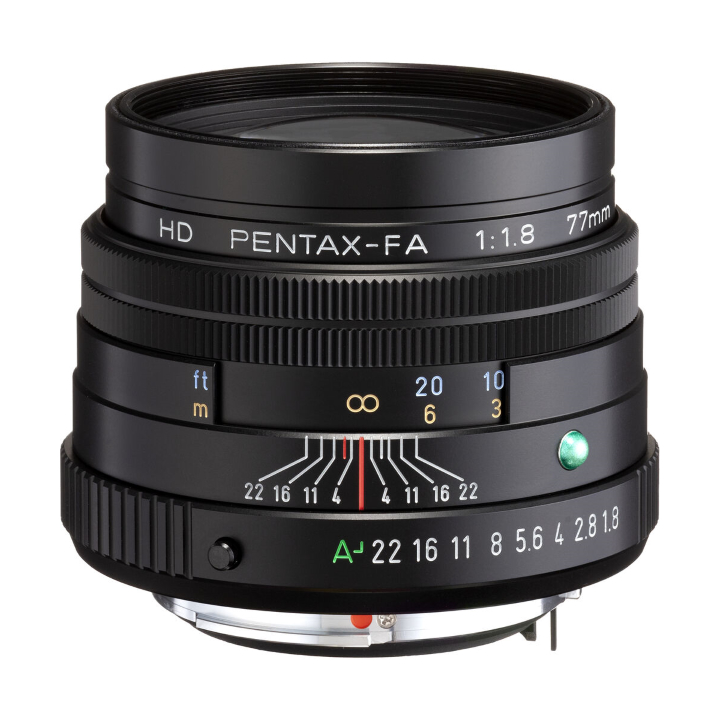 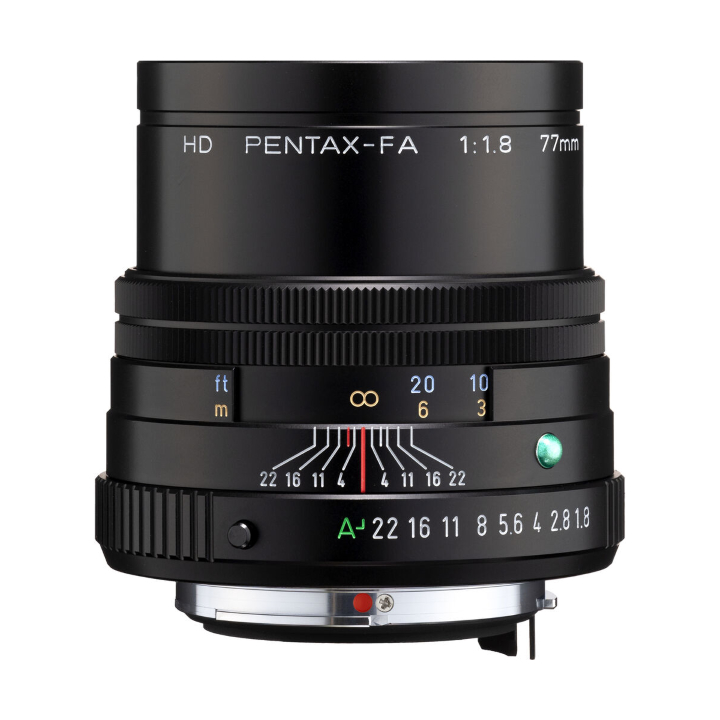 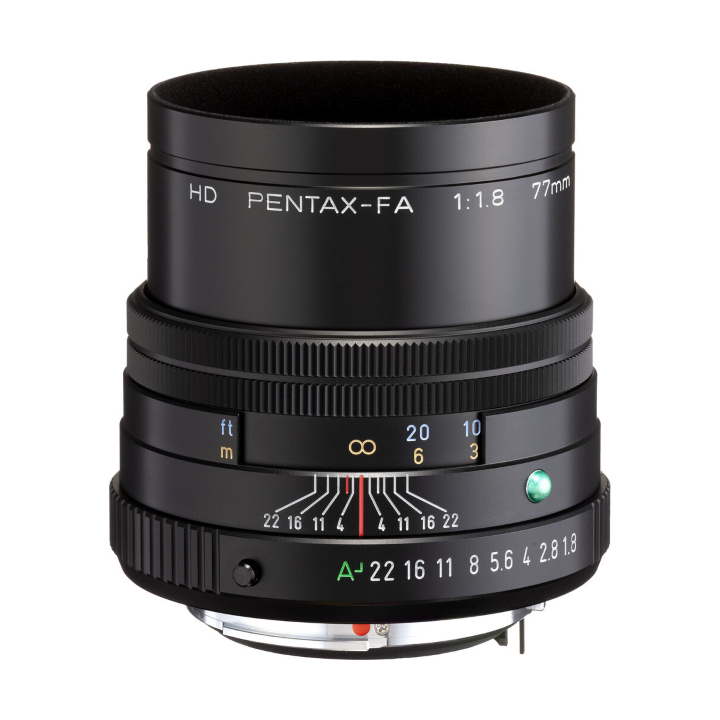 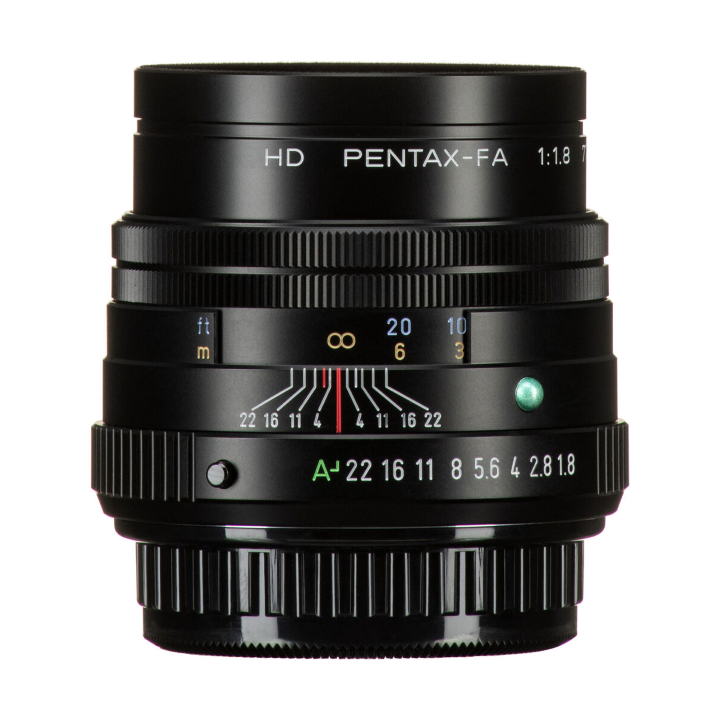 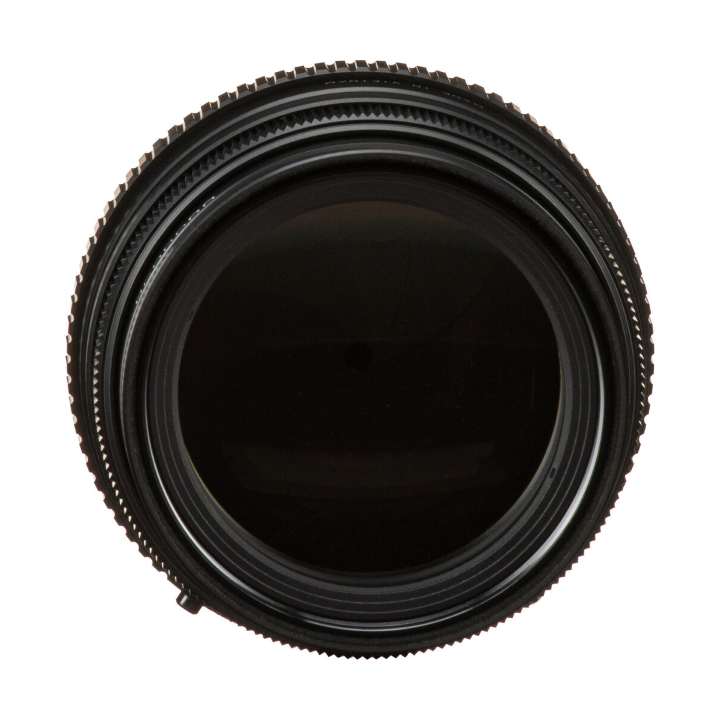 A fun-to-use lens that makes the photo-shooting process more enjoyable, by delivering a varied image rendition for a given aperture, while faithfully depicting images such as the luster of shell buttons on a white shirt

This lens features a coating which effectively controls spherical aberration at different wavelengths to minimize color bleeding, while greatly reducing internal reflections by applying the most efficient black coating to the interior of the lens barrel. It is designed to faithfully reproduce delicate shades in white subjects, and clearly depict the brightest spot in highlight areas.

Because the lens inherits the outstanding rendition of warm colors from the smc PENTAX-FA 77mm F1.8 Limited, it is an ideal lens for portraiture or snapshots of people. It also features the PENTAX-original HD coating* to produce distinctive warm colors even under adverse conditions, and a completely round-shaped diaphragm to produce a natural, beautiful bokeh (defocus) effect from open aperture to F4.

While retaining the distinctive optical performance of the smc PENTAX-FA 77mm F1.8 Limited, this lens delivers exceptional imaging power, made possible by the meticulous attention PENTAX paid even to the details that can’t be measured simply by numerical factors.

In addition, the SP (Super Protect) coating has been applied to the front optical element to improve the water/grease-repellent and scratch-resistant performance, while enhancing ease of maintenance. The extendible lens hood is built into the lens barrel to simplify light-shielding and storage operations. All these features add fun to picture-taking, and let you enjoy the entire process of photo shooting.

Have our latest news & special deals piping hot to your inbox

Ordering this item will place it on Backorder - What does this mean?

If we do not currently have an item in stock we will show you in one of the following ways:

STOCK DUE
The product is not currently in stock however our best estimate of the date we are due to receive more stock is indicated by the date shown. This does not guarantee all orders placed will be able to be fulfilled from the stock we are receiving on this date but is the best date we are able to provide as an estimate.
Also note once we receive stock it may take a number of days for this stock to be sent to our customers

ON ORDER
The product is on order with a supplier but not currently in stock and we do not have a clear enough date from our supplier as to when the stock is due to arrive.
In this situation we cannot therefore provide an estimated availability date to you